ENNIS, Texas – Wesley Jones took his Batman-themed ’41 Willys to the top of the Pro Extreme class under the lights at the Texas Motorplex here. Three rounds of qualifying for ADRL Dragpalooza, the Missouri-based series’ return to the Lone Star State, were run Friday with the final round set for Noon on Saturday. Finals are scheduled to start at 4:30 p.m. tomorrow.

Jones, of Vicksburg, Miss., has had a solid week thus far at the Texas Motorplex. Thursday night, he fired the first shot of Dragpalooza, claiming a bounty from ADRL CEO Kenny Nowling & Motorplex GM Andy Carter after being the first car of the weekend to run in the 3.60s during testing. The prize, $500 and two cases of cold beer, was handed over to Jones at the end of the night.

Aaron Wells, the reigning Street Car Super Nationals Pro Mod champion, has yet to make the top-16 and as a result, must battle his way into the three-second field during Saturday’s final Q round. 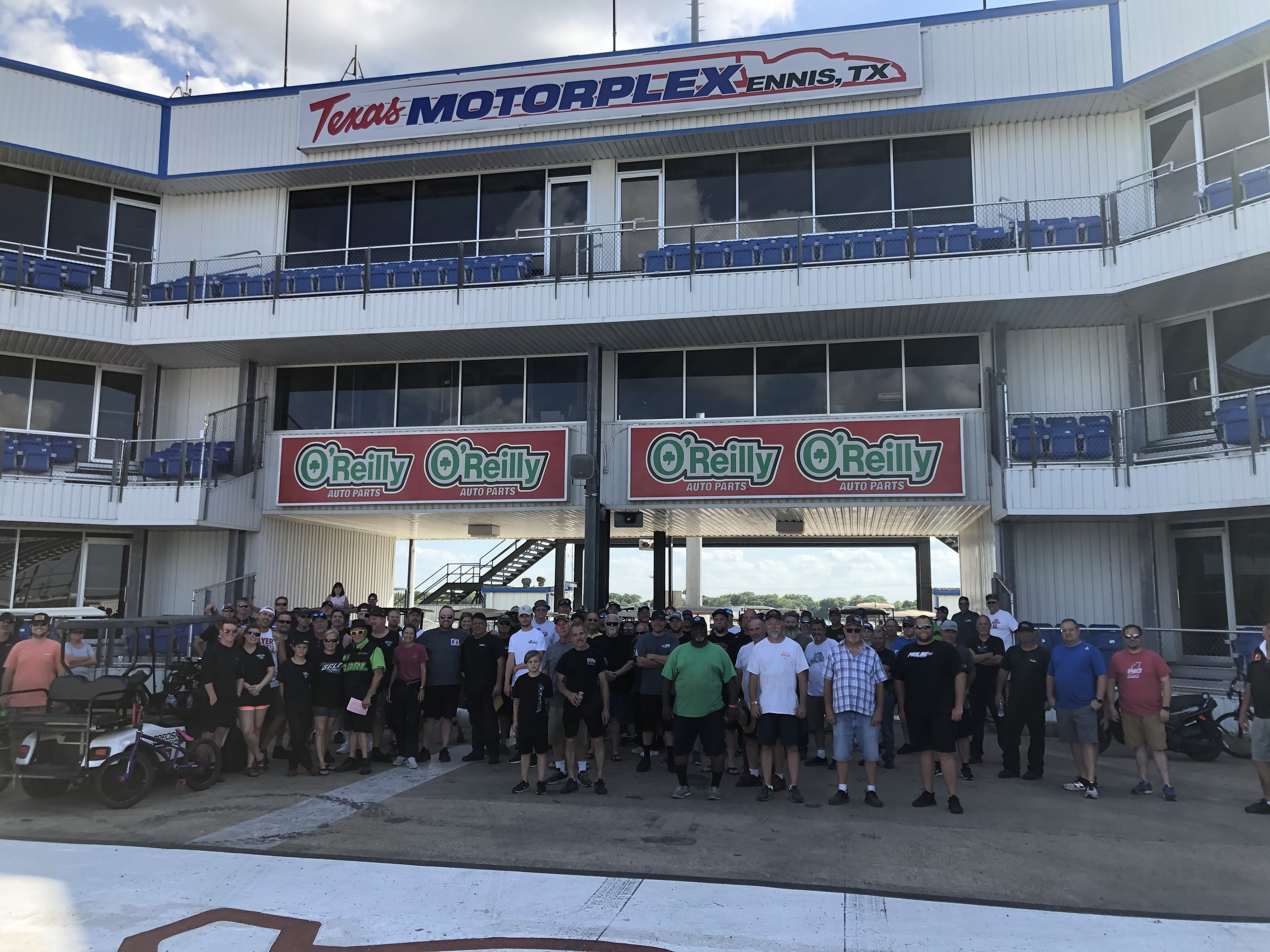 (The racers participating in the 2020 ADRL Dragpalooza at Texas Motorplex. ADRL Photo)
Dragpalooza will be carried live on SpeedVideo.com for those unable to attend or for fans wanting in-depth coverage while watching from the track. The full event schedule, along with up-to-the-minute information, can be found at the American Drag Racing League’s official Facebook Dragpalooza event page HERE.

As always, ADRL tickets are FREE and can be found at a number of area businesses and can be printed at home by visiting ADRLDrags.com.

ADRL in the News: The American Drag Racing League was featured on the Dallas/Ft. Worth NBC affiliate Friday as the first Texas racing series to host spectators this weekend. For the story, click HERE.

For more information on the American Drag Racing League and to stay up-to-date on breaking news, follow them on their official page on Facebook at Facebook.com/ADRLDrags and on Instagram and Twitter at @ADRLDrags. Fans can also visit the official ADRL website at ADRLDrags.com.